Skip to content
Jeff is sharing this excellent article with us and I have linked it here and copied the text for us below.  Karen
http://www.wildmind.org/blogs/quote-of-the-month/our-deeds-determine-us-as-much-as-we-determine-our-deeds-george-eliot

“Our deeds determine us, as much as we determine our deeds.” George Eliot 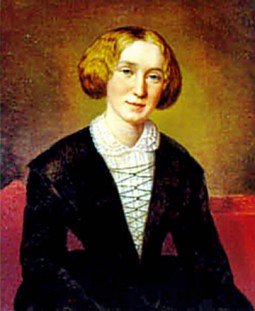 Karma is one of the most misunderstood Buddhist teachings. Often people think of karma as some kind of external, impersonal force that “rewards” us for our good deeds and punishes us for our bad. Consequently, even some people with an otherwise good understanding of Buddhism reject karma (usually along with rebirth) as being non-rational.

But karma is not external, nor is it about rewards and punishments. Karma simply means “action.” As an ethical term, it refers to the intentions underlying our actions, understood very broadly as anything we might think, say, or do. As the Buddha said, “I declare, intention is karma” (Cetanāhaṃ kammaṃ vadāmi).

What this means is three-fold:

Second, the importance of this distinction is that skillful actions (i.e. those arising from skillful volitions) lead on the whole to a decrease in unhappiness and an increase in ease. Unskillful actions, as you might expect, do the opposite. So in choosing our actions, we also choose (whether we know it or not) the consequences of those actions. We create much of our own suffering and happiness through our actions.

Third, habits are like muscles in the brain. By exercising a habit, it becomes stronger. As the Buddha said (and with apologies for the gender-specific language), “Whatever a monk keeps pursuing with his thinking and pondering, that becomes the inclination of his awareness,” and “What a man wills, what he plans, what he dwells on forms the basis for the continuation of consciousness.”

We create our consciousness through the actions we take — even our thoughts and words — and so, as Eliot observed, not only do we create our actions, but our actions create us.

Mindfulness (sammā sati), right view (sammā ditthi), and right effort (samma vāyāma) can free us from this feedback loop, breaking open a circular track and turning it into a path that leads to awakening.

Mindfulness is necessary because without it, we’re submerged in our thoughts and feelings. Unable to stand back, we act unreflectively, strengthening our unskillful habits and creating suffering for ourselves.

Right view is important because it allows us to evaluate our potential actions. We can realize, “If I act in this way (e.g. angrily) then there will be painful consequences. On the other hand, if I act that way (e.g. with patience and kindness) then the consequences will be more beneficial for me and others.

Right effort is needed because it’s not enough just to know what we should do: we have to be able to act. Right effort is our commitment to bring into being and sustain the skillful, and to eradicate and prevent the further arising of the unskillful.

Karma is essentially a feedback mechanism, showing us the extent to which we’re in tune with reality.

Something the Buddha was quite clear about is that not everything we experience is a result of karma, even though some Buddhist traditions seem to have overlooked that fact. If it rains on your wedding day, or if you hit a red light when you’re already late, that’s not the result of your karma (neither is it ironic, as many people have no doubt pointed out to Alanis Morissette). But how you respond emotionally to such events, and how much you suffer as a result, does depend on your karma. If you’ve developed the emotional “muscles” of acceptance, patience, and flexibility, then you’ll be able to meet these events with elegance and with a minimum of suffering, or perhaps none. If your emotional muscles of impatience and anger have been bulked up by a lifetime of exercise, then once again you’ll experience these events as acutely frustrating, painful, and stressful.

The extent to which we’re able to meet life’s difficulties with grace is the measure of our wisdom.

One thing we have to be aware of is the tendency to say “My intentions were pure, therefore I’m not responsible for the fact that you got hurt by my actions.” Our own intentions are never entirely clear to us, and the Buddha pointed out that we have to look at the consequences of our actions in order to divine them. If we’ve caused pain to ourselves or others, then there was likely some kind of unskillful motivation mixed in with the skillful.

Karma, then, isn’t anything mystical. It’s simple a description of the psychology or happiness. It’s not an external force, but a feedback mechanism. And it’s not a judgement, but the natural result of how we act.

He teaches at Aryaloka Buddhist Center in Newmarket, New Hampshire. You can follow Bodhipaksa on Twitter, join him onFacebook, or hang out with him on Google+.